Angry parents picketed at Pauw Gedenk Primary School yesterday after learning that the school is unsafe. 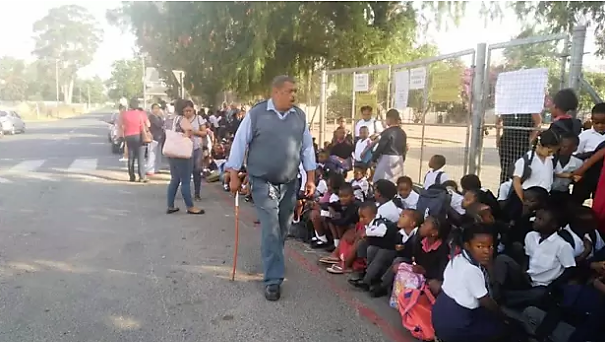 Pupils and teachers of the Pauw Gedenk Primary School in Wellington were greeted by locked gates when they arrived at school yesterday as angry parents picketed. The group stopped pupils and teachers from entering because of warnings that the building was unsafe following an inspection.

Construction at 90 year old Pauw Gedenk Primary School began in the second term and has left classrooms unfit for lessons, resulting in pupils receiving lessons outdoors, according to parents.

Pauw Gedenk Primary School has about 560 pupils from grades 0 to 3.

Disgruntled parent Leandre Agullhas, said that they were informed by the school governing body that an inspection took place this week. She said they had gotten word from them that the engineers found the site was unsafe and called it a danger zone.

Agullhas said that the Western Cape Education Department (WCED) had not provided them with suitable alternative plans. She said they would continue to picket and not allow the school to be reopened as they would not let their children be taught outside, or for them or the teachers to be at risk.

The WCED undertook repair work on the building due to the age of the brickwork, which was partially disintegrating, and the first-floor timber supports being under-designed.

SGB chairperson Jerry Searle said the WCED had not  provided adequate answers to the problem. The department had suggested mobile classrooms, but the premises are too small, leaving the children with little or no room to play and they would still need to access the bathrooms in the building.

The WCED also suggested  use of a hall, which was declined, or having up to 90 pupils taught together, which was inappropriate. Searle said the department needed to find a solution and close the school for construction to be completed before the school year began next year.

WCED spokesperson Bronagh Hammond said the school is a heritage building and she had not received a document saying that the school is unsafe.

Hammond said alternative accommodation at Wellington School of Skills and Wellington Primary School had been made available, but the parents did not accept it.

She said the district had engaged with the school and was pushing to get the necessary paperwork and permission to conduct further maintenance. 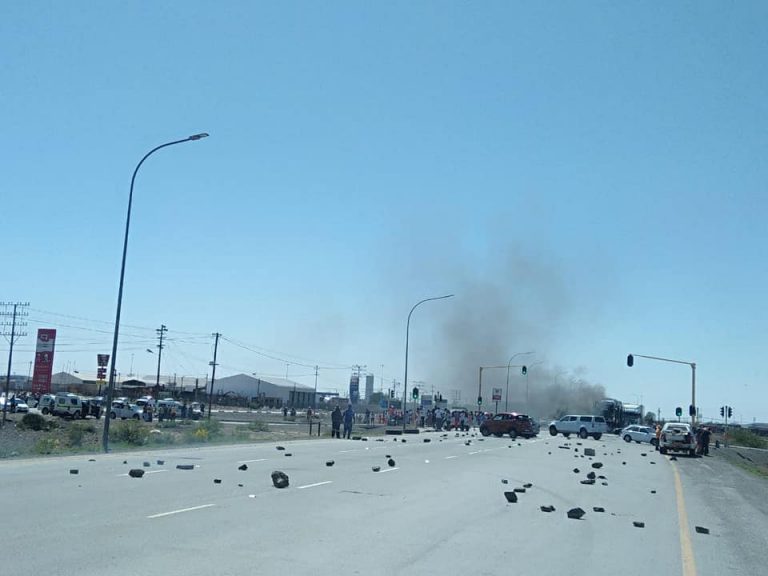 Two buses arrived to take the pupils to school today.

“We cannot allow this school to close. What will happen to our children.”

“They had no idea that there was a problem until the matric results were released.”