Ettienne Scheepers has dismissed nasty rumours that have been circulating since the disappearance of his family. 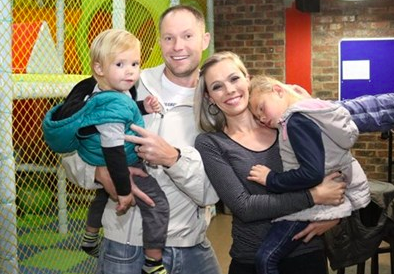 During a press conference  Ettienne Scheepers  dismissed rumours of insurance fraud, financial problems, physical abuse and extramarital affairs that have been circulating since the disappearance of his family.

Since the disappearance of his wife Heidi and two children, Hugo and Cozette  after a visit to Herold’s Bay beach on Tuesday last week, widespread rumours surfaced on various social media platforms harassing the Scheepers family.

Scheepers said they were personally financially sound and their businesses were doing well. Ettienne also claimed that he did not commit any form of fraud, have any affairs or abuse his wife and children.

Cozette Scheepers was diagnosed with a very rare condition called Holoprosencephaly (HPE) at birth and has been attending Up with Downs, the local school for children with special needs, for the last four years.

Holoprosencephaly is an abnormality of brain development in which the brain doesn’t properly divide into the right and left hemispheres.

Ettienne said they were coping with Cozette’s special needs and had support from caretakers,family and the school.

Rumours also circulated  about Heidi suffering from depression, Scheepers admitted that she did go through “a dip” last year but was treated for it.

Ettienne Scheepers says the last time he saw his family alive was at Herold’s Bay beach and they did not have an argument of any kind.

On Wednesday the Caravelle belonging to Heidi Scheepers was found at the bottom of a cliff in the Voëlklip area.

Due to numerous requests from people wanting to help or make donations, the Scheepers family stated that they don’t need anything at this stage. Instead they requested that people rather make donations or contributions to Up with Downs. 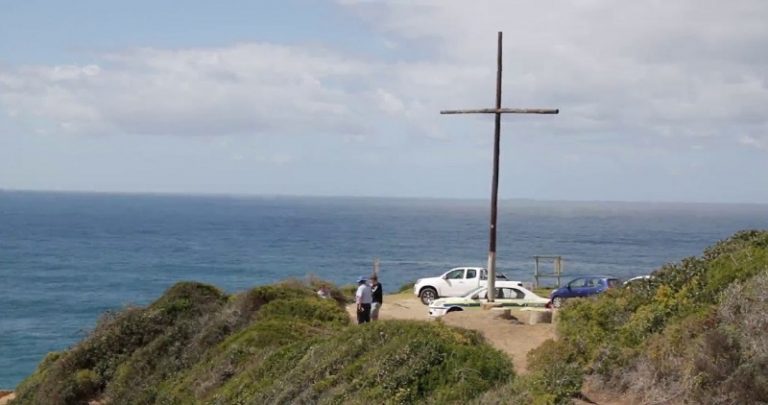 In March the Herolds Bay Ratepayers Association notified the public that in terms of the George Municipal By-Law on Cemeteries and Crematoria; memorabilia, plaques, and wreaths laid in memoriam are only allowed in cemeteries.

More than 50 permanent poles are being erected along the curve at Voëlklip Road and large rocks are being installed at the informal parking area.

Police recovered two firearms, registered to the deceased inside the vehicle.